Welcome to Gaming reviews this is often more of an informational Post about all or any more details of Kena Bridge of Spirits and what we all know so far.

kena is the first video game of the studio and is already one of the most promising games of this year it takes us to a fantasy world where so-called spirit guides help deceased people that are stuck between the physical and the spirit worlds because of trauma or unfinished tasks our young protagonist.

Kena is a guide and she is helping to understand the difficulties of the sprite but this task is even more difficult as a mystical threat spreads all over the world and turns it from colorful and vivid into the dark and dead. It doesn’t only take possession of nature but also of its inhabitants and turns them into dangerous and bad-tempered monsters and of course, it’s Kena’s task to free the world and its citizens from the darkness at the beginning of her journey.

Kena Bridge of Spirits Review: She is sent to an abandoned village at the base of a mountain that was struck by a tragedy hundreds of years ago this village works as a hub world that Kena is slowly restoring during the game just like the nature around it from this safe place and she explores the white but linear parts of the world defeats monsters pushes back the darkness and finds collectibles.

Kena is not an open-world game but there’s enough space to discover hidden secrets unlock achievements and meet interesting characters and in case you missed something you will always be able to travel to each part of the world again when it comes to combat the game is not as easy as it might look Kena is very well equipped with her magical stuff that can be turned into a bow within upgrade later on and is using spirit arrows that recharge automatically.

So you don’t have to worry about collecting ammunition during the game but good timing and strategy play an important role as well Kena can do a quick role to evade attacks or block enemy hits she is also able to perform light-heavy and charged attacks with the aforementioned staff and has a pulse ability with which she can create a shield during combat that can take a specific amount of damage.

Kena Bridge of Spirits Review: It is important to pay attention to the movement and the actions of the opponents and to spot their weak points simple hit and run won’t do the job, so combat is quite challenging especially on higher difficulties but not frustrating and on normal difficulty. It is very balanced during the game her abilities and skills can be upgraded with a skill tree by collecting XP but Kena doesn’t have to face all of this on her own because another major role in the game is played by the so-called rods.

These little fluffy creatures are spirit companions that Kena has to collect during the game and that helps her free the world from darkness solve puzzles and defeat enemies they can be directed to different positions, move objects, or even take on certain shapes in combat. They can be used to perform charged attacks or simply to distract enemies but in order to do this.

Kena has to deal a specific amount of damage before so the rods can build up the courage because at the beginning of each fight they are a bit afraid and prefer to hide but when they see Kena fighting and successfully hitting targets they gain courage and once they gained enough of it and the bar is full they are ready to attack during the game Kena collects more and more of the rods so their attacks become stronger as well the little black creatures will follow you around during the game and can be customized with different heads which makes them look even more cute.

Kena Bridge of Spirits Review: It doesn’t change any stats or abilities the heads are simply cosmetics you can collect all skills and abilities. The game has beautiful graphics and the little rods add a lot of cuteness to it but besides this, there is also a dark and serious thread that can only be pushed back by facing challenging opponents and mastering the different attacks and magical abilities especially on higher difficulties enemies are not only getting stronger but also start to change their behavior attack more and are in general, more aggressive the courage boy of the rods will feel slower and health is much harder to find it’s not souls-like but if you’re looking for a challenge you can find it.

In this game in between, there are wide levels to explore and collectibles to find, and exploration and combat flow seamlessly into one another the controls are very precise and PlayStation 5 players might be happy to hear that the features of the dual sense controller are used as well especially the adaptive triggers in combination and the playtime is around 15 to 20 hours depending on play. Kena Bridge of Spirits will be released on September 21st for PC, PS4, and PS5. That’s all today guys and I hope you enjoy this game review. If you pick this game please comment below section. 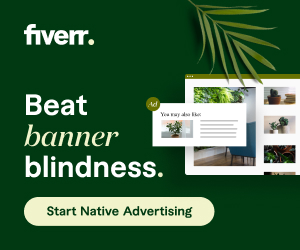 Monster Hunter Rise Sunbreak Review Welcome to the game review this is...

Outriders Worldslayer Review Welcome to the game review this is often more...

Mx vs Atv Legends Review Welcome to the game review this is...

DNF Duel Review Welcome to the game review this is often...

Capcom Fighting Collection Review : Welcome to the game review this is...

Gordian Quest Review Welcome to the game review this is often...

Sonic Origins Review Welcome to the game review this is often more...

Wreckfest Switch Review Welcome to the game review this is often...

Good Company Game Review Welcome to the game review this is often...

PlayStation Plus Review | It’s worth it?